The American coloratura soprano is a very enthusiastic interpreter of 20th/21st century repertoire. Recently she sang Wolfgang Rihm’s Ophelia Sings at the Bayerische Staatsoper in Munich as well as Olga Neuwirth’s Piazza dei Numeri with the ECHO Ensemble in Berlin. In 2021, she performed the world premiere Transstimme by Fabià Santcovsky at the Munich Biennale’s invitation as well as Singularityby Miroslav Srnka at the Cuvilliés-Theater/Bayerische Staatsoper with the Klangforum Wien.

In spring 2022, the CD recording Der Kaiser von Atlantis (Viktor Ullmann) has been released under the BR Klassik label with the Münchner Rundfunkorchester and conductor Patrick Hahn; Juliana Zara sang the role of Bubikopf. She also performed with the Symphonieorchester in Göttingen, the Opera NEO and at the Boston Early Music Festival.

Since the season 2021/22, she is a member of the ensemble at the Staatstheater Darmstadt. She made her successful house debut singing the role of Daisy in Paul Abraham’s Ball im Savoy. Furthermore, she performed Alice in Wonderland by Anno Schreier. In the season 2022/23, she will make her debut as Lulu (Alban Berg) and Zerlina in Don Giovanni.

Juliana Zara completed her bachelor’s degree at the Oberlin Conservatory of Music, where she was awarded a scholarship by mentor Marilyn Horne. Under the tutelage of Prof. Anna Korondi, Juliana earned her master’s degree at the Hochschule für Musik Hanns Eisler Berlin. 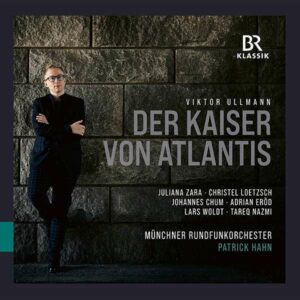