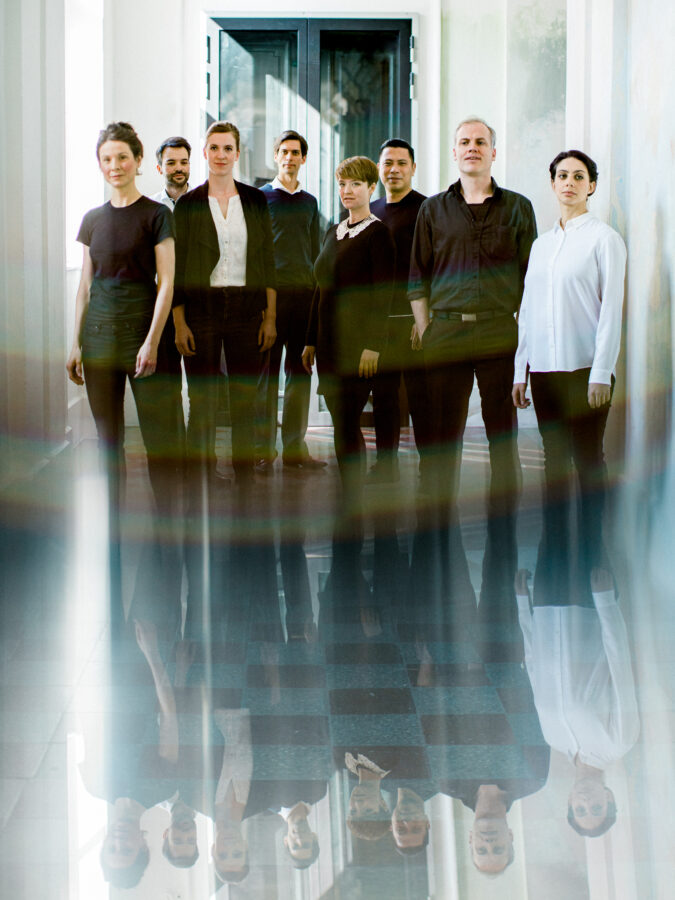 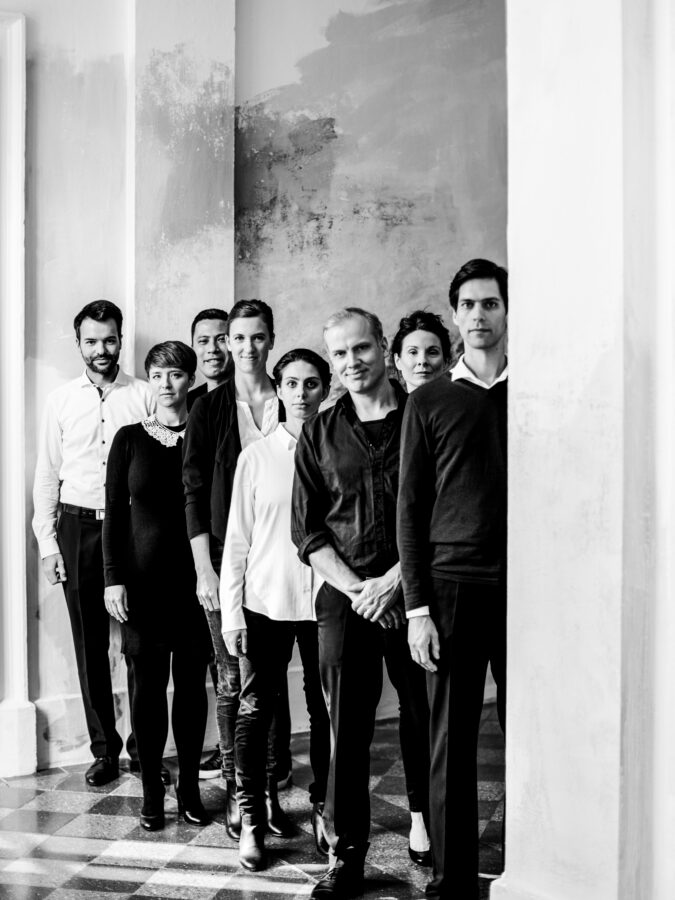 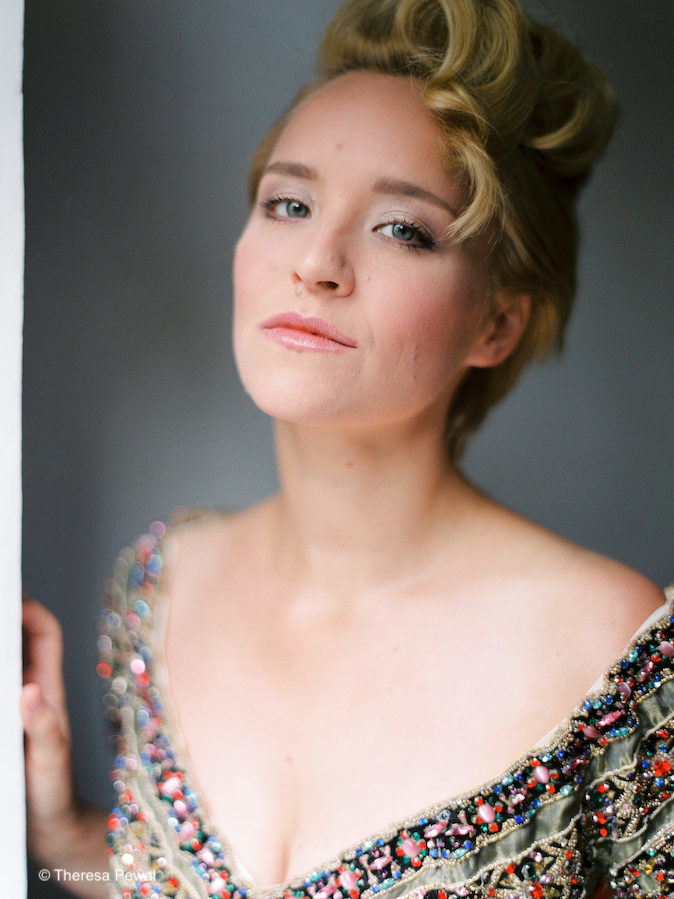 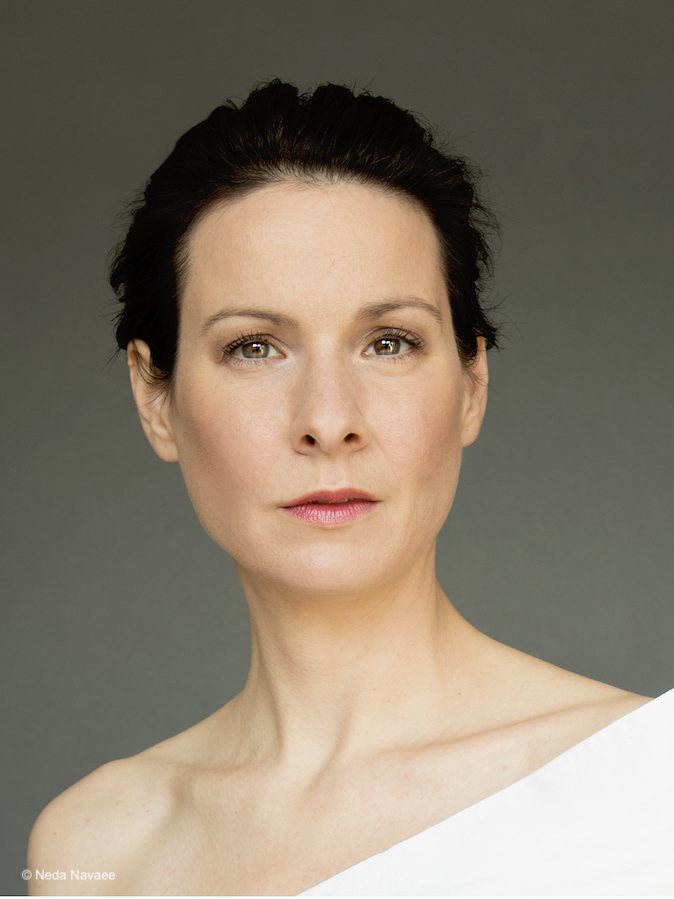 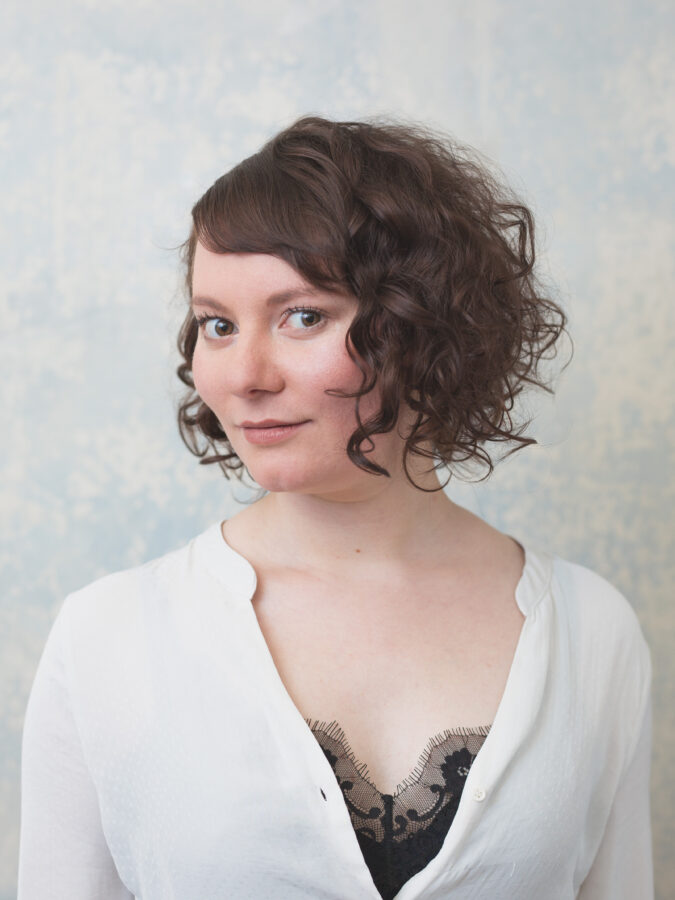 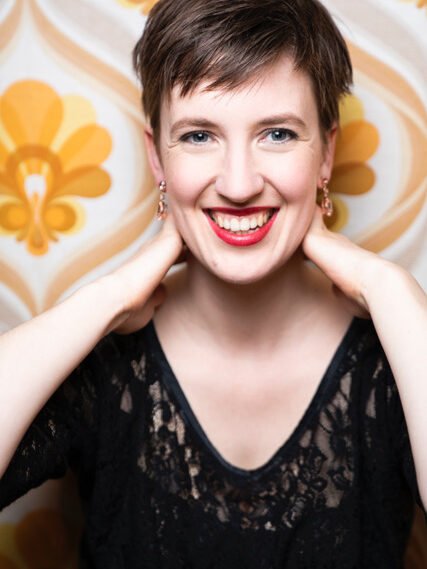 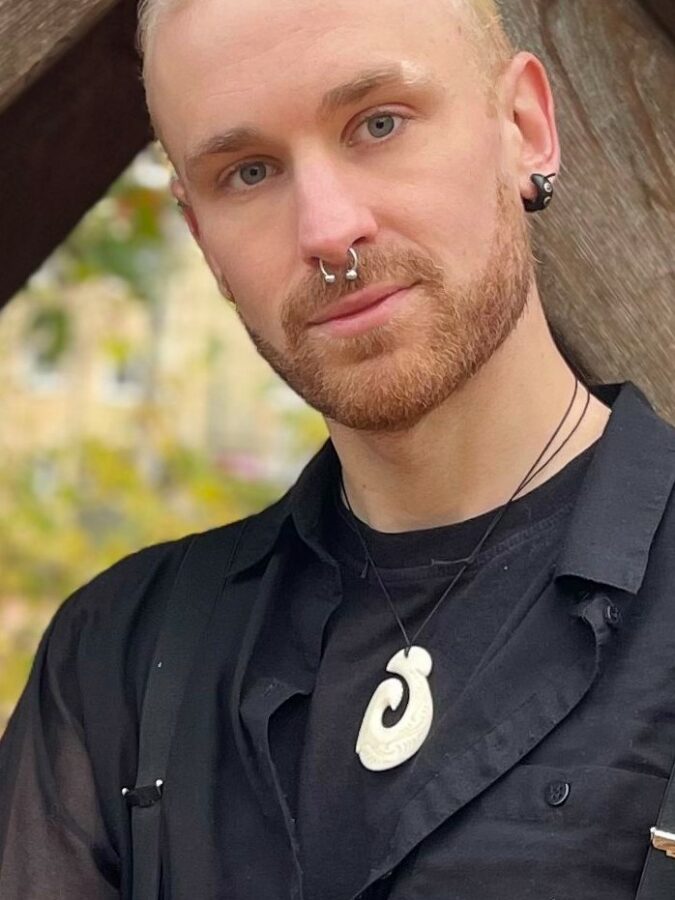 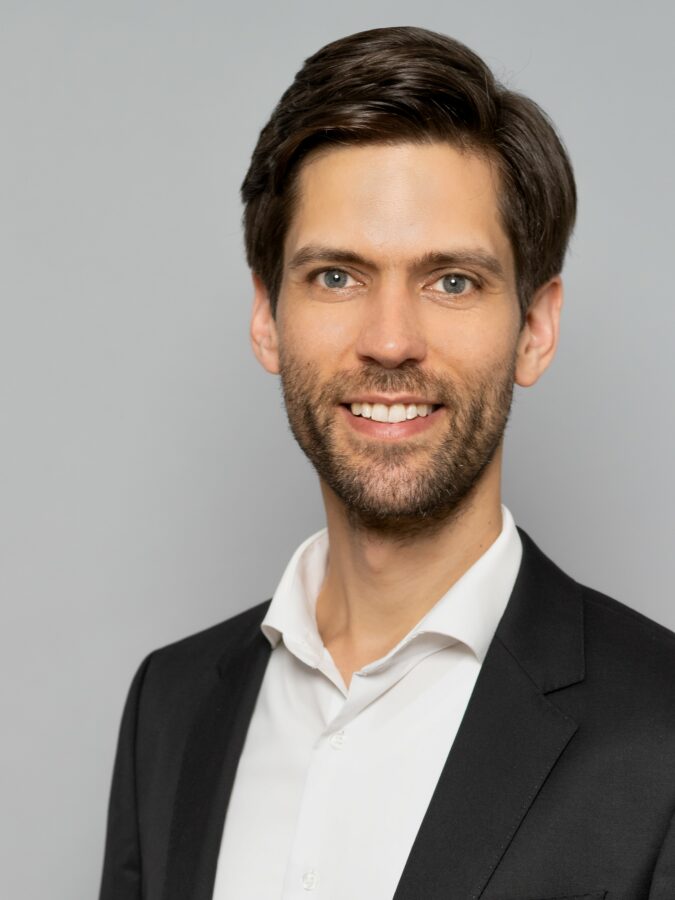 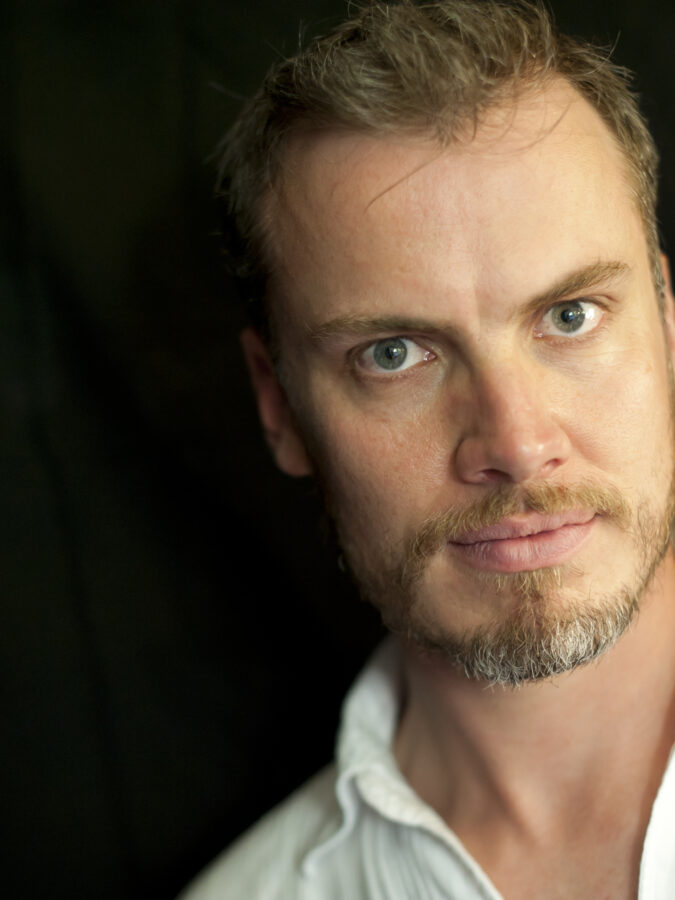 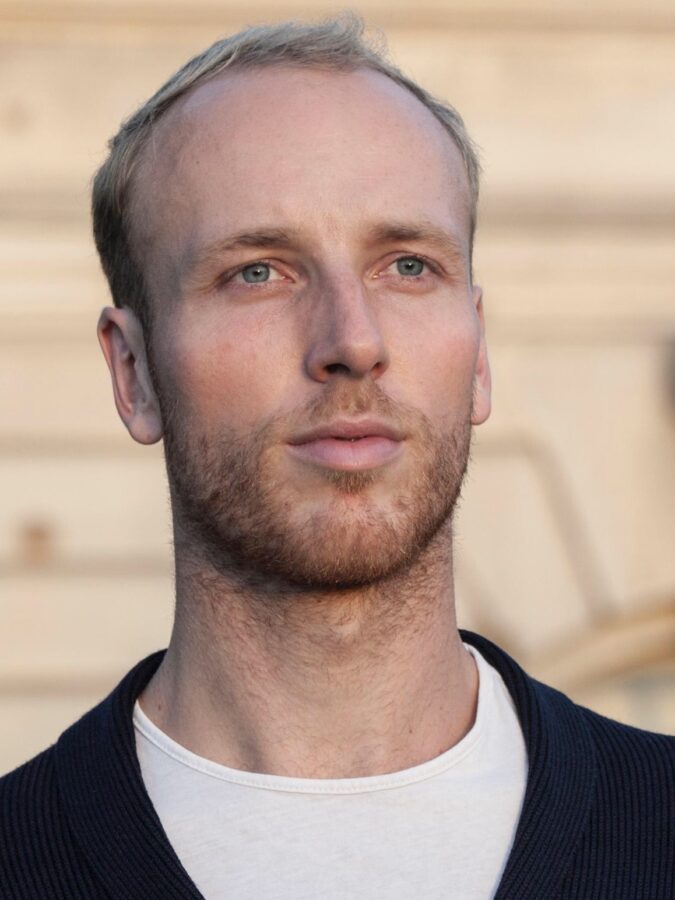 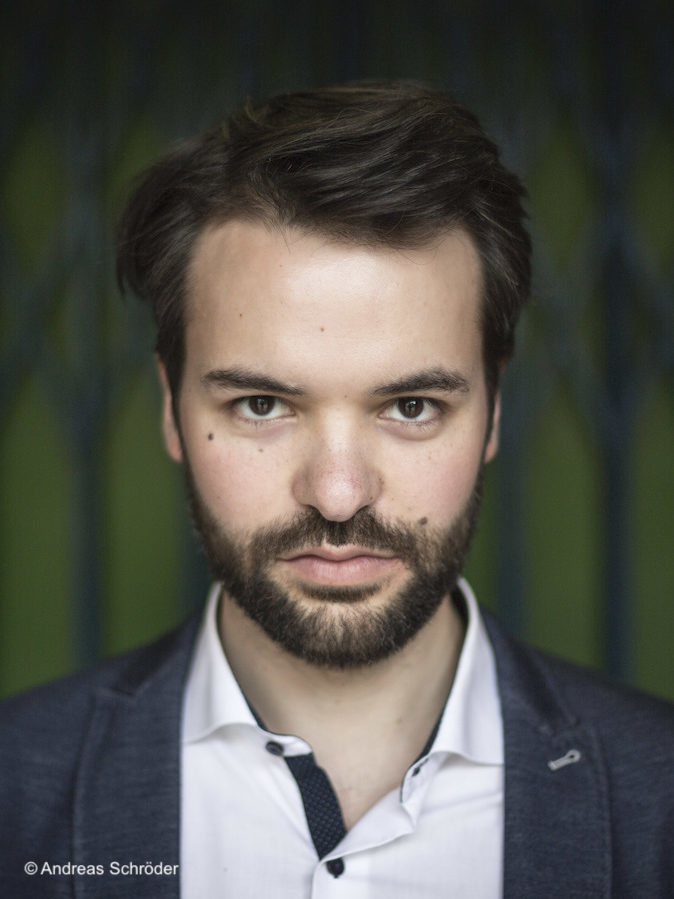 The concept of the soloist vocal ensemble THE PRESENT is to interweave traditional and contemporary music in order to make one and the other audible in a new way, and to make unusual connections resonate. Fascinated by performative forms, the ensemble is made up of soloists, musical theatre performers and experts in baroque and contemporary music, united by their joy in shared sound and an interest in experimentation. Particular attention is paid to the conceptual design of the concert programmes.

The ensemble was founded to mark the occasion of Annette Schlünz’s opera Tre Volti‘s world première at the Schwetzingen SWR Festival 2017. This was followed by an engagement at the Staatsoper Unter den Linden Berlin for the dance theatre performance A Monteverdi Project by Saar Magal.

In 2019, THE PRESENT returned to the Schwetzingen SWR Festival with a concert programme acclaimed by both the audience and the press. Luciano Berio’s A-Ronne for eight voices and J. S. Bach’s motets are seamlessly intertwined in Die Wahrheit und das Leben.

With the Vocal distancing: Jetzt live! concert, THE PRESENT has been a guest of the 2020 Bregenz Festival. In 2021 the ensemble was invited again to Bregenz to perform a concert of contemporary music and early baroque madrigals with Lee Santana on the theorbo. In 2022, THE PRESENT presented concerts at the Schwetzingen SWR Festival, the Thüringer Bachwochen, the Schlossmediale Werdenberg and the Göttingen International Handel Festival.

In the 2022/23 season, the vocal ensemble will record the new programme Tracks of Perception – a new interpretation of the Vespers for the Blessed Virgin concept with works by Chiara Margarita Cozzolani, Hildegard Westerkamp, Michèle Bokanowsky and Catherine Lamb – on CD. Further concerts are scheduled at the Scharoun Theater Wolfsburg and the Güldener Herbst Thüringen i.a..

THE PRESENT is funded by the Federal Cultural Foundation as part of the Reload Programme.

A theatre for the ears – an evening for eight singers with madrigals from the early Baroque and Renaissance periods, interlaced with A-Ronne by Luciano Berio

Eight people and seven languages collide. They struggle for words. They wrestle with words. They cite the Bible and Goethe, who had Faust translate the Bible. A type of madrigal emerges and then, baroque coloraturas are performed. Originally written for a radio broadcast, A-Ronne is in keeping with the traditions of a later madrigal of the 16th century. Shortly prior to Claudio Monteverdi adding a decisive new chapter to the history of music with L’Orfeo, the polyphonic madrigals were the most popular genre of their era and served as a playground for composers. We interlace the music of Gesualdo, Vecchi, Gabrieli, Monteverdi and their contemporaries with A-Ronne by Luciano Berio, bridging the early heyday of ensemble singing with the present day.

Truth and Life – an evening for eight singers and continuo, A-Ronne interlaced with four eight-part motets by J. S. Bach

Eight people and seven languages collide. They struggle for words. They wrestle with words. They cite the Bible and Goethe, who had Faust translate the Bible. A type of madrigal emerges and then, baroque coloraturas are performed. In the heart of it all, these people meet in Bach’s motets. Berio and Bach form a charming contrast primarily because Bach, while his music is almost 300 years old, is so familiar to us, while Berio seems so alien despite his music being comparatively young.

Tracks of perception: the title alludes to senses, memory and history. Two of these tracks overlap in this concert. Works from the 17th and 20th/21st centuries question and illuminate one another in a dialogue of epochs: the works were written by women and accordingly, the programme follows a track that has been kept historically narrow and has only become more widely-known in recent decades. In 1620, Margarita Cozzolani entered the Benedictine convent in her home town at the age of 17 and served as abbess and prioress, but above all as maestra of a capella, whose singers were among the best in Italy. Her compositions are viewed as masterpieces of sacred music. With their partly polyphonic choral, partly solo concert pieces, three contemporary composers communicate: Hildegard Westerkamp, Catherine Lamb and Michèle Bokanowski.

Charles Ives’ piece The Unanswered Question is made up of three parts: The Perennial Question of Existence, which is in dialogue with Fighting Answers, and ultimately remains unanswered in the room. Underneath all this flows in almost static string sounds The Silence of the Druids, who hear nothing, see nothing, and say nothing. These three elements now also shape our programme. There will also be music, including spatial music: commencing with Carlo Gesualdo and Orlando di Lasso, and finishing with Frank Martin and John Cage. We also discover an associative space in Ives’ programme music The Unanswered Question, which evokes a spiritual and existential dimension. By way of contrast, we would like to allow abstract works of the 21st century to answer this question.

Back to nature – metamorphosis

The search and the longing for a place in which people and nature are in harmony is as old as human history, and in an era of climate change, more urgent than ever before. Whether in Paradise, Arcadia or the Elysian Gardens, nature is willingly subject to humankind. All the inhabitants of this isle of the blessed live together in cheerful harmony, their pleasures know no sin and the gods are good to them. On second glance, however, we see that there is always a catch. Those who do not abide by the rules are evicted from paradise. Recent events have forced us to re-examine these questions: How much of our hard-won comfort are we prepared to give up? How can we live together with this planet without one of us killing the other?

THROUGH THE GARDEN WITH… An evening through a place of longing, with music from four centuries

Poliphilo, the lovesick hero of Francesco Colonna’s novel Hypnerotomachia Poliphili, published in 1499, unveils a utopian world in his sleep: a fantastical garden, which is home only to good weather, not too hot and not too cold, not a cloud in the sky, plenty of shade and always a gentle breeze, never rain, but thriving plants in abundance, well-behaved and charming animals and the mentally and physically stimulating company of muses and nymphs – Arcadia! Together with Poliphilo, we embark on a journey through his dream garden, searching for true love, always accompanied by the longing for a golden, bygone era. On the way we will be accompanied, swept along, splashed, carried away and warmed up by Claudio Monteverdi, Lucia Ronchetti and Carlo Gesualdo, Giaches de Wert, Luca Marenzio, Teddy Reno and Maddalena Casulana.

The key is the sharpening of the senses which works in both directions. After the Bach intermezzi Berio ́s work sounds a bit like fragmented baroque polyphony. Whereas Bach ́s motets feel more structured and constructed and less sensual after Berio ́s music. There ́sno true conflation of both worlds this evening, the transitions are hard cuts, even if a rehearsed harrumph is building a bridge between Berio and Bach – an effect that makes you smile. This concept works because of those eight singers who appear exceptionally confident in both, the baroque and contemporary repertoire and approach Berio ́s music witha good mixture of earnest and finesse.
Rhein-Neckar-Zeitung, Jasper Klein, 10 May 2019

The program included the four motets for double choir by J.S. Bach, every part was performed by one singer, and that only can work with true professionals. Like this particular evening. But if it works we are presented with a performance of unfathomable beauty – of a vocal plasticity which is hard to achieve even for a very good choir; of a greatness of ease in the feared chains of semiquavers in the final fugue of the motet “Singet dem Herrn ein neues Lied”, one can only amazed about, and of a dynamic width which is rarely heard elsewhere.
Mannheimer Morgen, Stephan Hoffmann, 9 May 2019 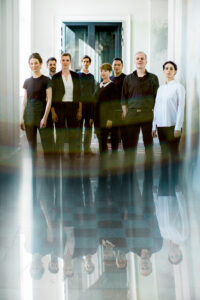 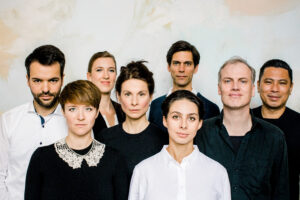 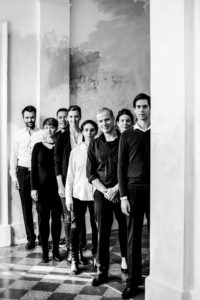 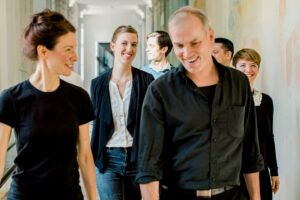