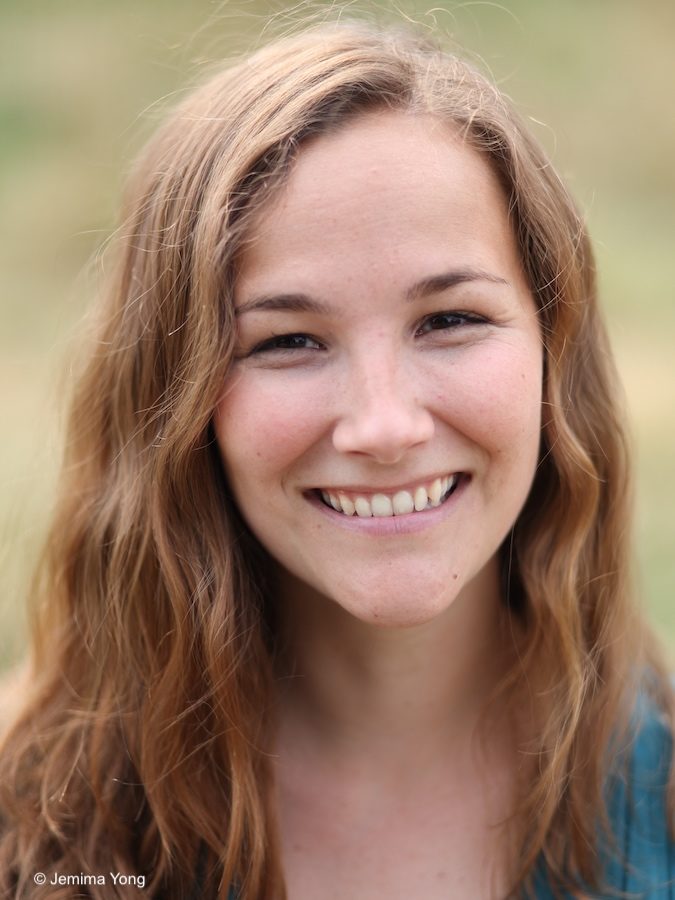 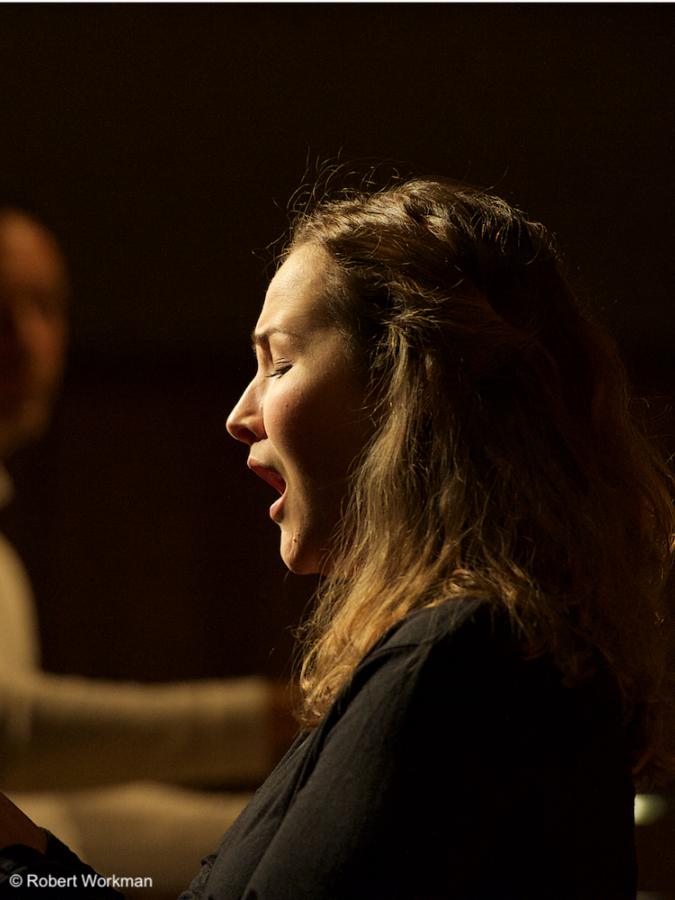 The young Australian mezzo-soprano Kate Howden is increasingly establishing a reputation as being “a name to absolutely take note of” (San Francisco Classical Voice), especially in her dramatic performances of contemporary repertoire. The Spanish newspaper El País also admires her “high quality voice” and that she knows “how to fill important and great musical details”.

Kate Howden is an inaugural member of the Hannigan’s Equilibrium Artists mentorship scheme. Having been chosen out of 350 applicants from 39 countries for Equilibrium, Kate recently sang Baba the Turk in Igor Stravinsky’s The Rake’s Progress with the Gothenburg Symphony Orchestra and Anthony Turnage’s Twice Through the Heart and Stravinsky’s Pulcinella with the Ludwig Collective at the Ojai Festival in California. In 2022, she performed the world premiere of Barry Guy‘s Flyways as well as Gustav Mahler‘s Lieder eines fahrenden Gesellen and Luciano Berio‘s Folk Songs with the Camerata Variabile Basel in concerts in Zurich, Aarau, Basel and Schaffhausen.

Other recent performances include Oliver Knussen’s Where the Wild Things Are at the Mariinsky Concert Hall St Petersburg and the title role in Stephen Dodgson’s Margaret Catchpole at the Snape Maltings Concert Hall (including Naxos recording). She sang Erik Satie’s hypnotic Socrate with pianist Keiko Shichijo at the Canberra International Music Festival and a worldwide tour of Il Ritorno, based on Monteverdi’s Il ritorno d’Ulisse in patria, with the contemporary circus group Circa. Further engagements have also taken her to the Royal Opera House London Aldeburgh Festival and Wigmore Hall among others.

In the season 2022/23, she will perform the world premiere of Oliver Leith’s Last Days at the Royal Opera House/Linbury Theatre London.

Kate Howden…has (a) high quality voice and knew how to fill important and great musical details to the bearded woman.
El País

But it was Penelope – sung by Australian mezzo-soprano Kate Howden – who was centrestage in this suite of highlights, delivering a dark, lush performance of Penelope’s Lament, Di misera regina. Her voice was full-toned, with an easy resonance, the timbre brightening as she sung of Ulisse’s “longed for day of return”.
Limelight magazine, Angus McPherson, 3 May 2018

Mezzo-soprano Kate Howden stole the show with “Penelope‘s lament”. Her rich, vibrant voice and her impassioned, full-blooded grip on the role suggested a considerable operatic future as she flung herself into the phrases of unfulfilled longing that Monteverdi made his own.
Citynews.com.au, Helen Musa, 3 May 2018

Howden, standing in at short notice, did well to shape Massenet’s lines with simple elegance. She coped well at the top and her fresh sound blended pleasingly with Simkin’s mezzo.
Opera Today, Claire Seymour, 18 July 2017

Celine Lowenthal’s delicate direction let the mezzo Kate Howden carry the drama in her eyes and voice, leaving space for Turnage’s score to speak eloquently. Howden was exceptional, the understated gentleness of her performance provocative in the moral friction it offered. Hers is an even, impeccably produced voice, and the beauty and control she brought to her fractured musings offered a very different portrait of trauma to Pierard’s.
Opera magazine 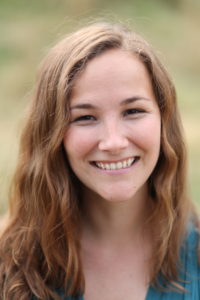 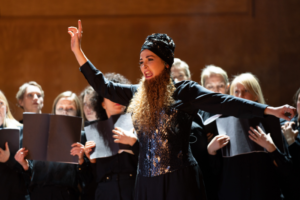 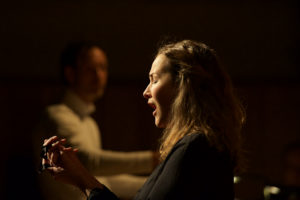