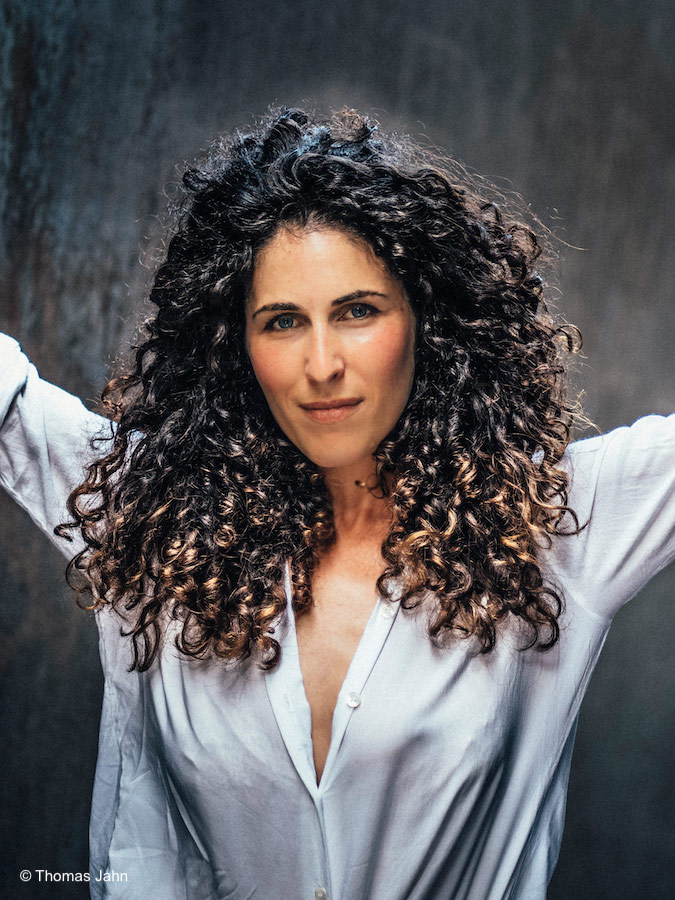 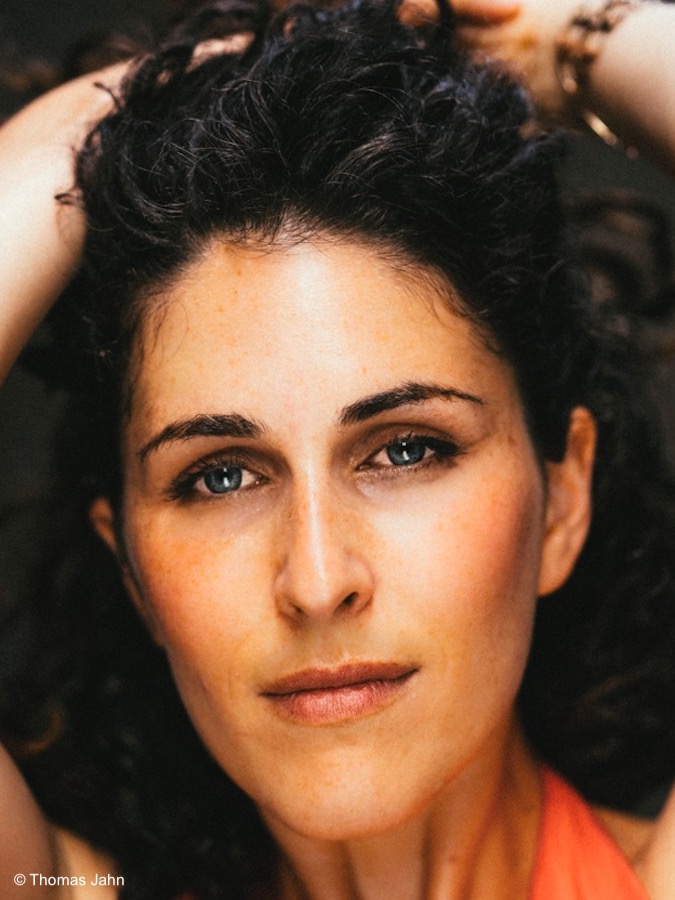 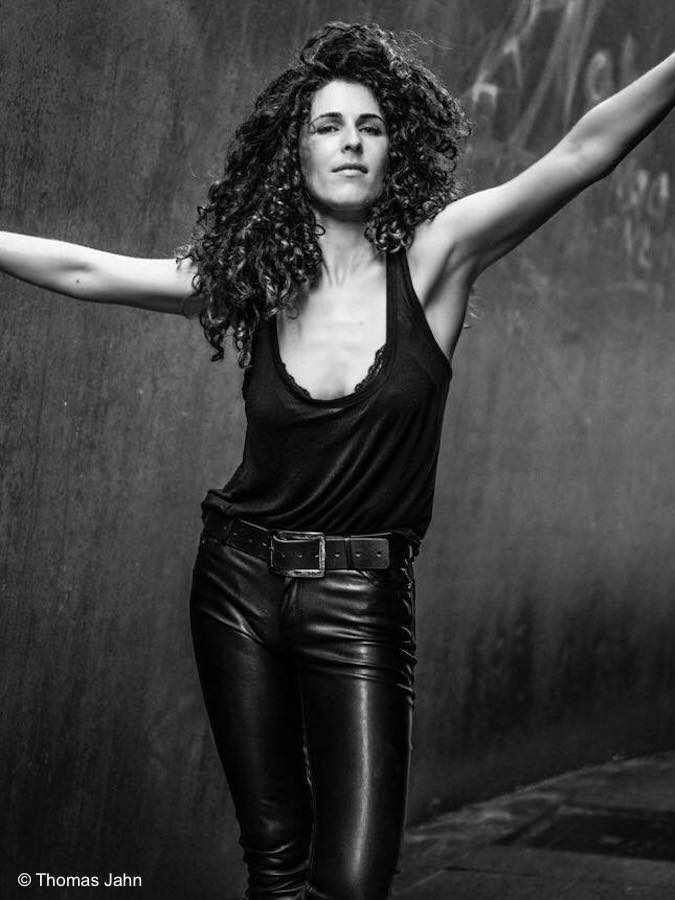 Sara Hershkowitz possesses a flexible, beautiful voice with huge presence — a wild, beautiful animal admires the magazine Opernwelt. The outstanding soprano is a native of Los Angeles, California, and fascinates the musical world with her enormous stage presence and wide range of repertoire. In 2020, she has been nominated by the Opernwelt Magazine for Singer of the Year the third time: for her interpretation of soprano 1 in Luigi Nono‘s Al gran sole carico d’amore at the Theater Basel. Earlier nominations include her portrayal of Zaide in the German Premiere of Mozart/Czernowin’s Zaide Adama and for Donna Anna in Don Giovanni.

As a principal artist at the Bremen Opera between 2007-2012, she performed such roles as Chief of Gepopo in Ligeti’s Le Grand Macabre, Sophie in Strauss’ Der Rosenkavalier, Governess in Britten’s The Turn of the Screw, and Konstanze in Mozart’s The Abduction of the Seraglio. In 2017, she made her debut with the New Orleans Opera as Euridice in Offenbach’s Orpheus in the Underworld and fascinated as the four heroines Olympia/Antonia/Giulietta/Stella in Offenbach’s Les Contes D’Hoffmann at the Opernhaus Wuppertal. Additional opera highlights include Zerbinetta in Strauss’ Ariadne auf Naxos at the Nordnorsk Opera og Symfonieorkester in Norway, the role of the Governess in Britten’s The Turn of the Screw at Teatro Comunale di Bologna and Maggio Musicale Fiorentino, Autonoe in Henze’s The Bassarides at Teatro dell’ Opera di Roma, The Snow Owl in Philip Glass’s The Civil Wars, with the Holland Festival, and Servillia in Gluck’s La Clemenzo di Tito at the Theater an der Wien.

Sara Hershkowitz thrilled audiences and critics alike with her own daring and controversial staging of Ligeti’s Mysteries of the Macabre with the Noord Netherlands Orchestra in 2017, followed by further performances of this piece with the Bergen Philharmonic Orchestra at the Bergen International Festival in Norway as well as with the BBC Scottish Symphony in UK. Recently, she made her debut with the Los Angeles Philharmonic in John Cage’s Europeras, sang Vivaldi’s Gloria with the Detroit Symphony, Unsuk Chin’s Acrostic Word Play at the Bergen International Festival, an evening of Alban Berg and Philip Herschkowitz lieder for ORF Radio in Wien (together with pianist Elisabeth Leonskaya), and Esa-Pekka Salonen’s Five Images After Sappho with the London Philharmonia.

In the season 2021/22, Sara Hershkowitz will sing the outstanding role of Venus/Chief of Gepopo in György Ligeti’s opera Le Grand Macabre at the Concertgebouw Amsterdam with the Radio Filharmonisch Orkest (conductor: James Gaffigan) i.a..

Sara Hershkowitz has a B.A. in voice from the Manhattan School of Music, is an alumni of the Academie Lyrique at Festival Aix-en-Provence and also of the Salzburg Festspiele Young Singers Project. She currently splits her time between Berlin and California. As a singer songwriter and a bluegrass/americana/folk vocalist, Ms. Hershkowitz also performs under the name Sara Shiloh Rae together with her band, Bluebird Junction.

(…) with Sara Hershkowitz, the ensemble has won the lottery.
Opernnetz

As Zerbinetta, Sara Hershkowitz sang with remarkable agility and command of her top register, combined with touching sincerity in her duet with the composer.
www.bachtrack.com, Aksel Tollåli, 22 March 2017

Sara Hershkowitz is practically the perfect incarnation of the Governess’s ambiguity, able to calmly communicate repressed hysteria, then a near-calm that is somehow terrifying, all the while in full control of the jagged tessitura with absolute precision, flawless intonation, clarity, and pleasing tone.
GB Opera Magazin, Nicola Lischi, 30 May 2015

Breathtakingly expressive and stunningly beautiful, Hershkowitz allows the coloratura of Zaide to move like pearls through her throat, with more lightness than spoken language could ever dream of achieveing. The staging (…) Stop. Back again to Hershkowitz. (…) Hershkowitz is simply the perfect opera singer.
www.taz.de, Benno Schirrmeister, 27 May 2008 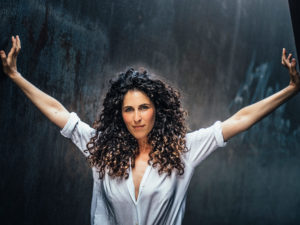 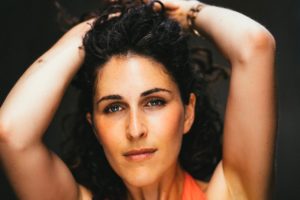