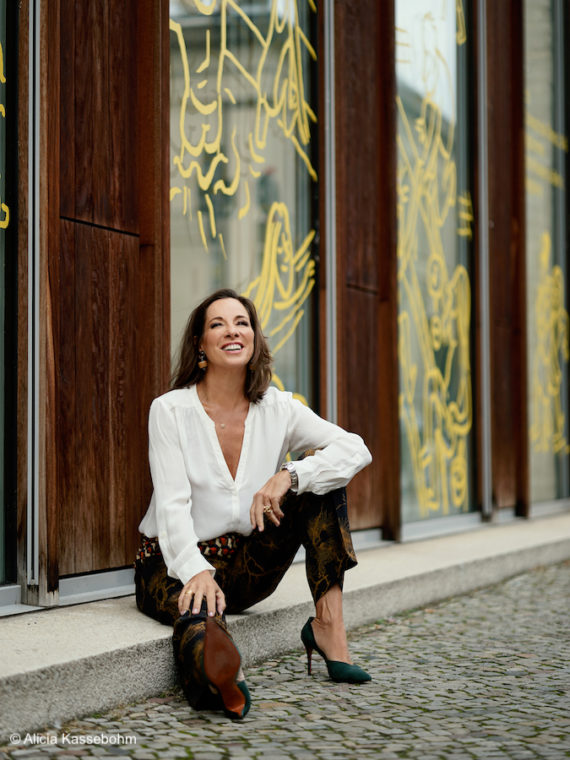 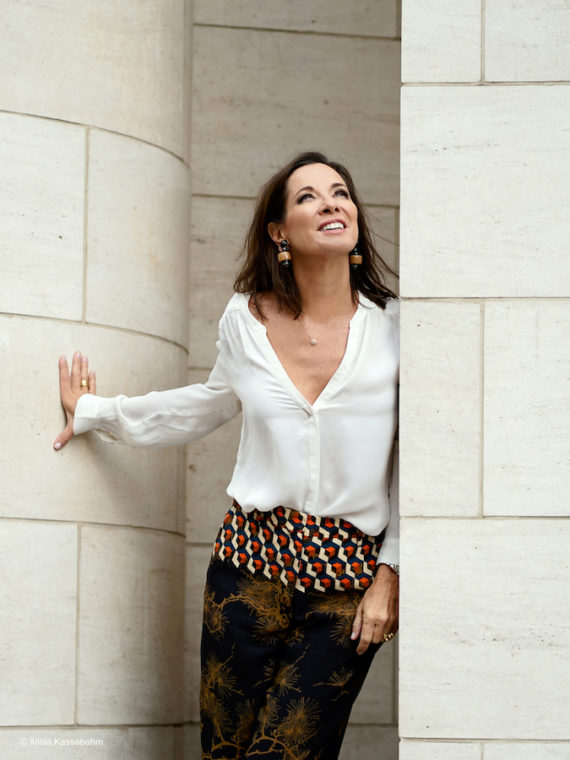 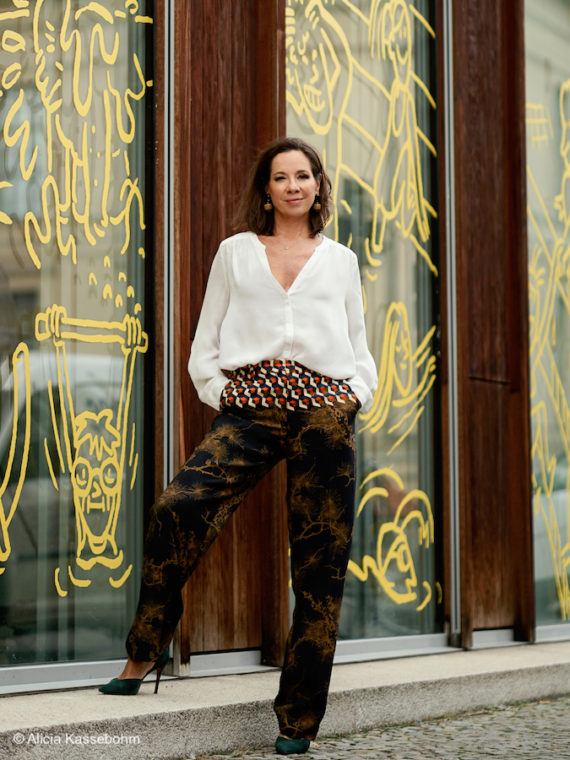 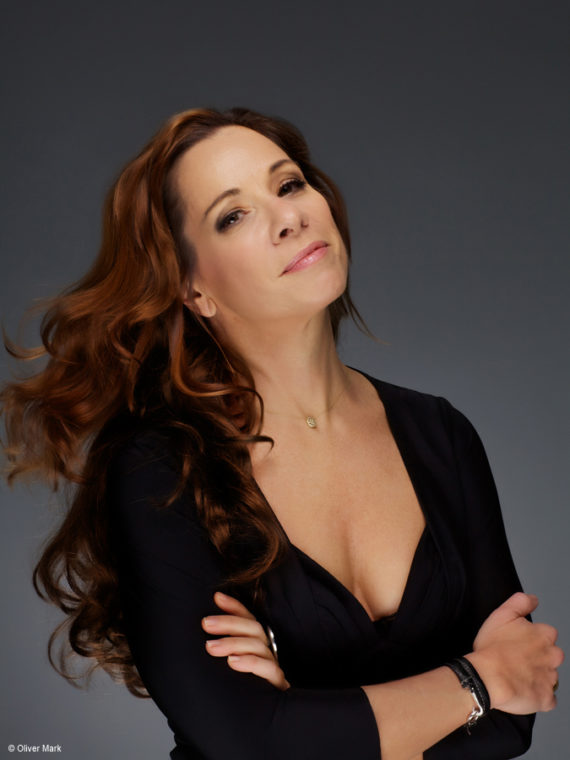 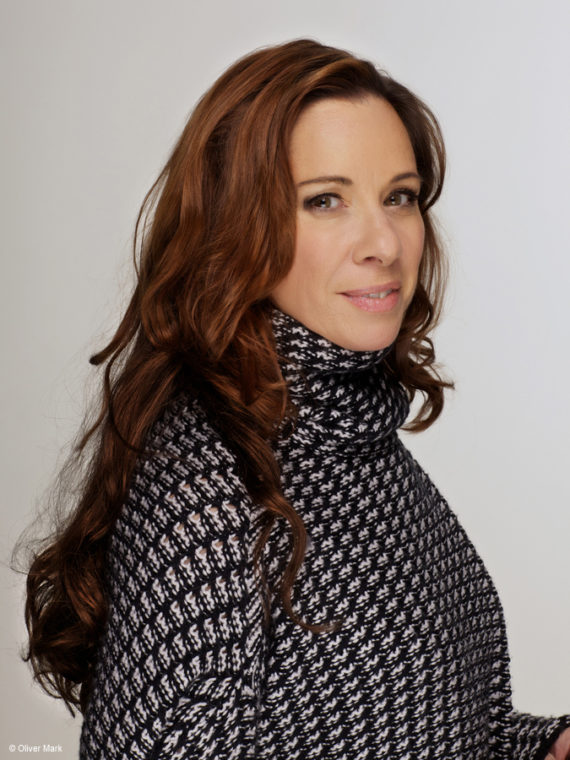 Fredrika Brillembourg opened the Inaugural NY Philharmonic Biennial Festival to universal critical acclaim. The New York Times called her performance as the Narrator in the US Premiere of Toshio Hosokawa’s The Raven with the Gotham Chamber Opera “vocally plush and dramatically courageous” while the Financial Times described her as “tireless and astonishingly lithe while singing the impossible solos with sensuality when needed and abiding beauty.”

She has performed with prestigious orchestras such as the Bavarian Radio Symphony Orchestra, the City of Birmingham Symphony Orchestra, The Royal Concertgebouw Orchestra and the Mahler Chamber Orchestra singing under the baton of conductors such as: Antonio Pappano, Sir Jeffrey Tate, Ingo Metzmacher, Daniel Harding, Kazushi Ono, Mark Albrecht, Manfred Honeck, Kent Nagano and Placido Domingo.

Fredrika’s discography includes: Suzuki (Madama Butterfly, Naxos); in solo arias with the Berlin Symphony, Stravinsky Les Noces, (dir. Sylvain Cambreling), and The Verdi Requiem (dir. Placido Domingo) and on DVD: as Enrichetta di Francia in Bellini’s I Puritani, a Francisco Negrin production from De Nederlandse Opera, conducted by Giuliano Carella. She was the first singer in the history of the Bremen Theatre to win both the Kurt Hübner Prize and the Bremen Volksbühne Prize.

In addition, she wrote, produced, arranged and performed a one-woman show, One Touch of Genius, featuring songs from Broadway musicals by Leonard Bernstein and Kurt Weill originally performed at the Komische Oper Bernstein 100 Festival. She also hosted KCRW Berlin radio show and podcast, “Leit- motifs”, which features English-language conversations with high-profile individuals in the classical mu- sic community and “New York at Night” on 95.5 WQXR FM, New York’s classical music radio station. She is a member of the 2022 Cohort of the Global Leaders Program, an executive education program for arts innovators.

Fredrika returns to The Bregenz Festival in 2022 to sing the role of Nikona in a new production of Umberto Giordano’s opera Siberia (Valentin Uryupin, conductor and Vasily Barkhatov, director) at the Festspiel- haus Bregenz.

“One Touch of Genius”
Songs by Leonard Bernstein and Kurt Weill

Between 1930 and 1970, Leonard Bernstein and Kurt Weill, both successful classical composers, turned their gifts to the Broadway stage. Their unforgettable songs, with lyrics by such luminaries as Ogden Nash, Maxwell Anderson, Stephen Sondheim, Betty Comden, and Adolf Green, expressed the tenor of the times, and became popular hits and part of our American musical vernacular.

One Touch of Genius is both an exploration of the lives of Bernstein and Weill and a tribute to the exuberance, wit, and dark beauty of their Broadway songs. The program will include music from On the Town, One Touch of Venus, Lost in the Stars, Wonderful Town, Lady in the Dark, Candide, Street Scene, West Side Story, Trouble in Tahiti, 1600 Pennsylvania Avenue, Peter Pan, and Knickerbocker Holiday.

Fredrika Brillemborg is an award-winning and internationally-renowned mezzo soprano. Her repertoire includes works by Wagner, Bizet, and Verdi, as well as collaborations with contemporary classical composers. Born in New York City, she grew up attending Leonard Bernstein’s Young People’s Concerts and later became friends with the composer’s children. She is excited to explore the timeless and emotionally resonant songs of Weill and Bernstein.

Fredrika Brillembourg empowered the haughty figure of Princess de Bouillon with vocal authority, while imbuing her with human frailty when she finds out she has been betrayed.
Bachtrack.com, 8 May 2017

For this presentation, the director and choreographer Luca Veggetti turns the monologue into a staged work for the compelling mezzo-soprano Fredrika Brillembourg and the renowned, and riveting, dancer Alessandra Ferri. (…) While singing this daunting work, Ms. Brillembourg entwines her limbs in stylized positions with Ms. Ferri’s, whose balletic gestures express the inner grief and fears of the narrator. At times, Ms. Brillembourg even balances Ms. Ferri across her knees or on her back. (…) The staging offers a showcase for two impressive artists, especially the vocally plush, dramatically courageous Ms. Brillembourg.
Nytimes.com, 29 May 2014

There is nothing ordinary, however, about the virtuosos at work here. Tireless and astonishingly lithe, Fredrika Brillembourg sings the impossible Sprechgesang solos with sensuality where needed and with abiding beauty, even when required to scream, gurgle or grunt.
Financial Times, 29 May 2014

The mezzo Fredrika Brillembourg, in a tour-de-force performance, moved from rhythmical speech to sinuous sung lines and, later, to a more florid, ornamented delivery, as if reenacting opera’s birth.
The New Yorker, 23 June 2014 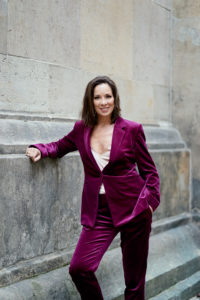 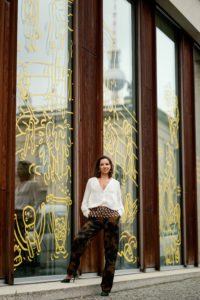 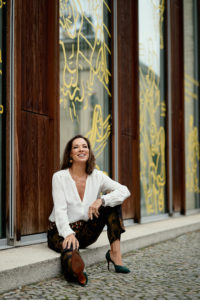